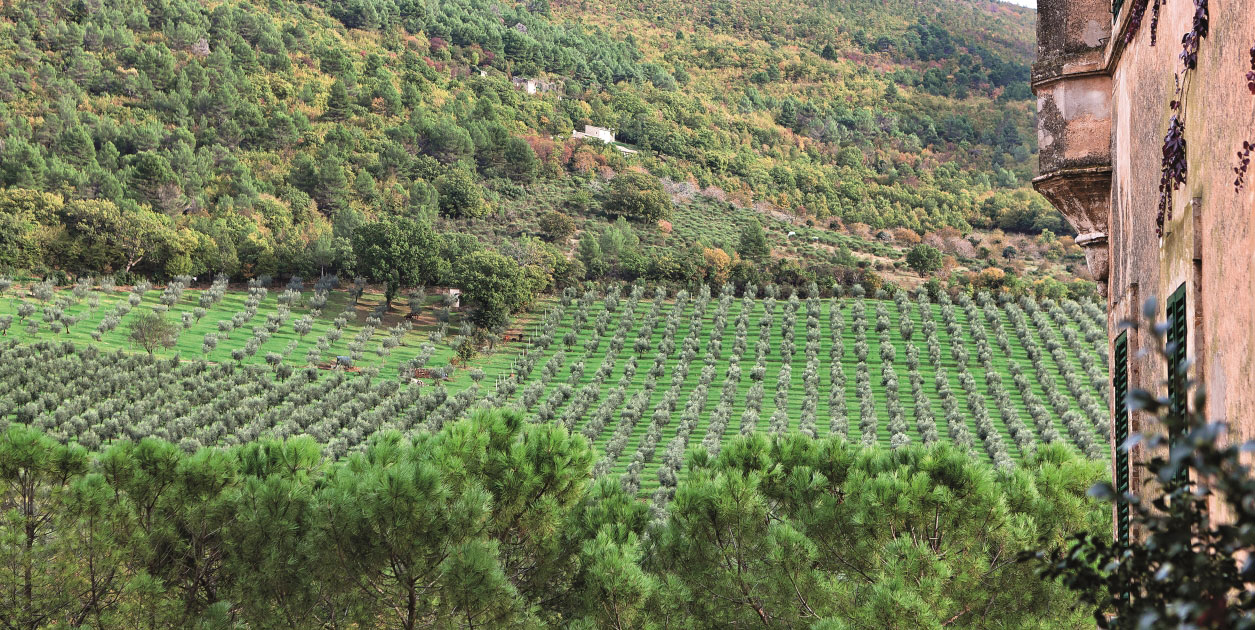 Pianciano has been tied for centuries to the vast agricultural estate surrounding Villa Paradiso and Borgo Pianciano and extending over 1400 hectares up the Valnerina. The vast olive groves around the Villa and the Borgo include approximately 25.000 olive trees, some dating back to the early XVIII. The traditional olive oil production marks the territory and the olive harvest – from October to December – sees the Bachetoni olive mill, situated behind the Villa, come in action. The mill can be visited upon request. The differing varieties of olive – moraiolo, frantoio and leccino – produce an excellent DOP olive oil. The Assisi-Spoleto Olive Slopes, which include the Bachetoni estate, have been included in the Food and Agricultural Organisation GIAHS program (Globally Important Agricultural Heritage System) thanks to the richness of its biodiversity and the preservation of the rural landscape. The Olive Slopes are now enlisting to become a UNESCO World Heritage Site.
The hills and mountains opposite Villa Paradiso are harsher and refuge to a variety of wildlife species, monitored by the Università di Perugia, such as wolves, wildcats, birds of prey, porcupines, wild boar, deer.
The estate includes approximately 500 head of cattle (“Chianina”) livestock producing excellent IGP meat. The estate was awarded the 2018 international “Fabbrica di Paesaggio” prize by the Foligno UNESCO club.
The area has been listed as a Site of Community Importance (SIC) thanks to the integrity of the landscape and richness of wildlife.